For Anikey’s first feature film ‘Trippel Trappel’ we were asked to create a number of 3D elements that would blend seamlessly into their traditionally animated 2D feature. A total of 174 shots were made.

Most elements were larger rigid objects rendered in the cell shaded style of the characters. The roller skate and remote controlled cars were the bulk of the cell shaded styled work we created, but included a large variety of other elements as well. It was important to keep the style of the rendered 3D elements consistent with their traditional style of drawing. We created various types of linework and geometric deformers which we could control per shot based on screen size to add imperfections to enhance the 2D feeling of the 3D content.

We also made a number of background elements for the film, having to keep it consistent with the painterly style. The fast paced sledding sequence is entirely 3D except for the characters. The spice rack chase sequence had 2D backdrops but the most prominent background features were entirely 3D. 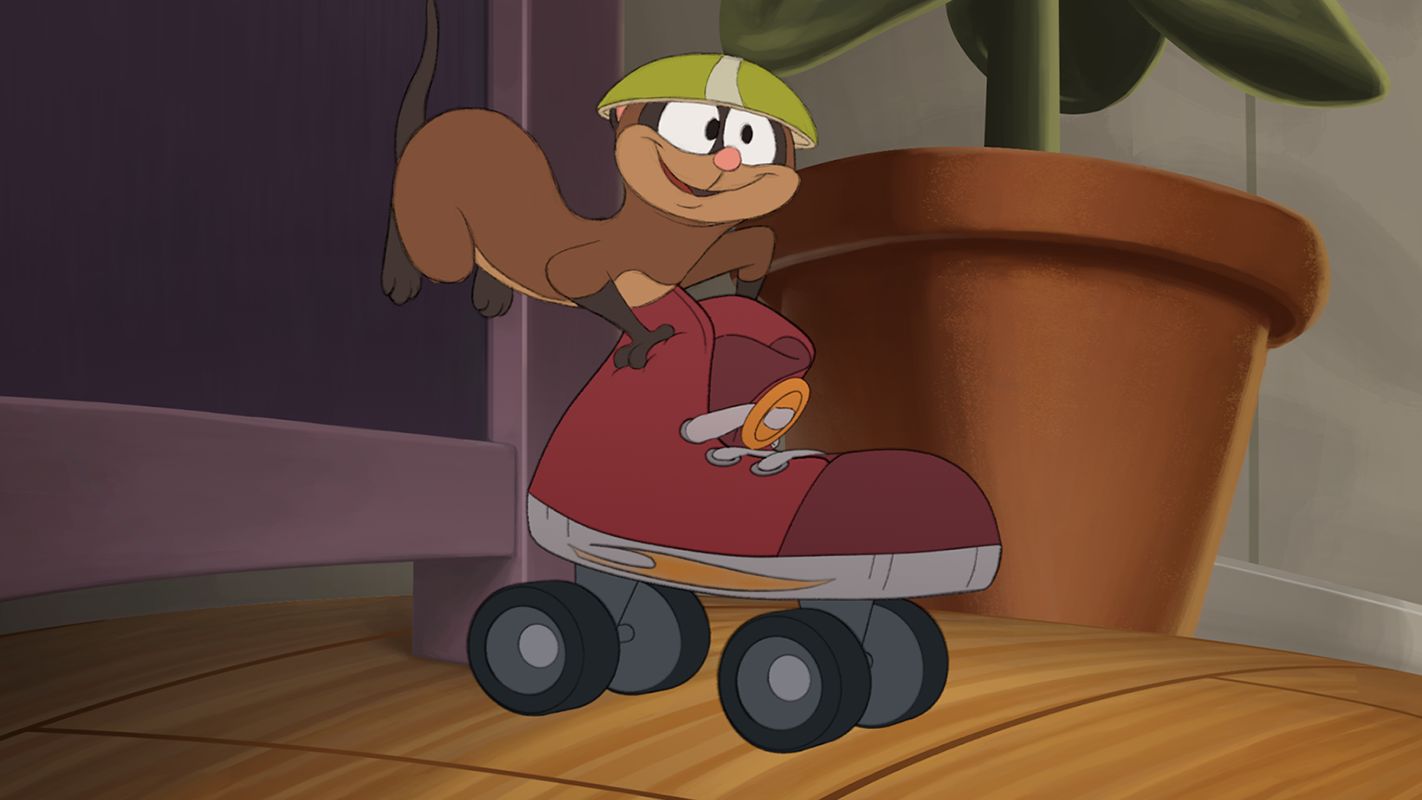 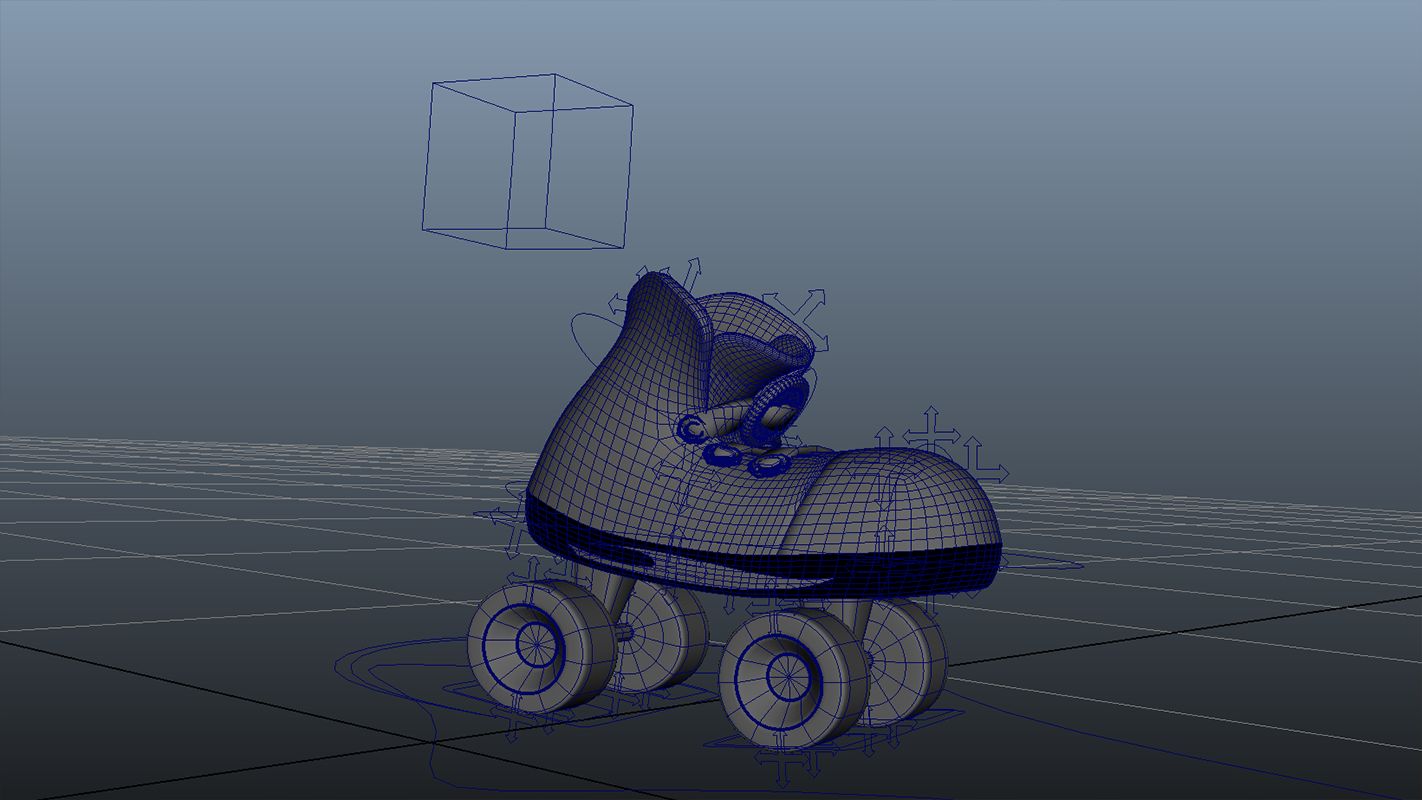 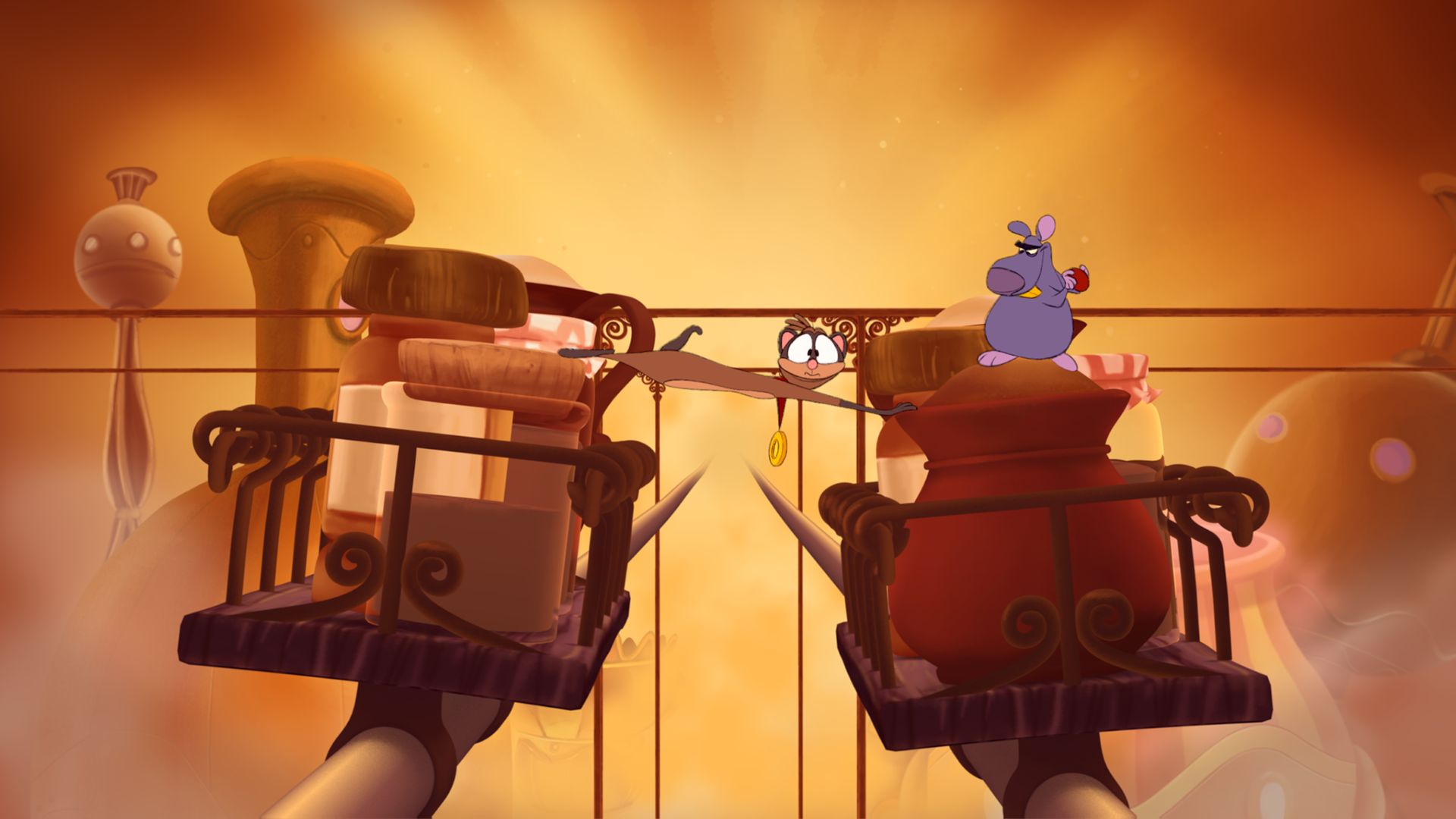 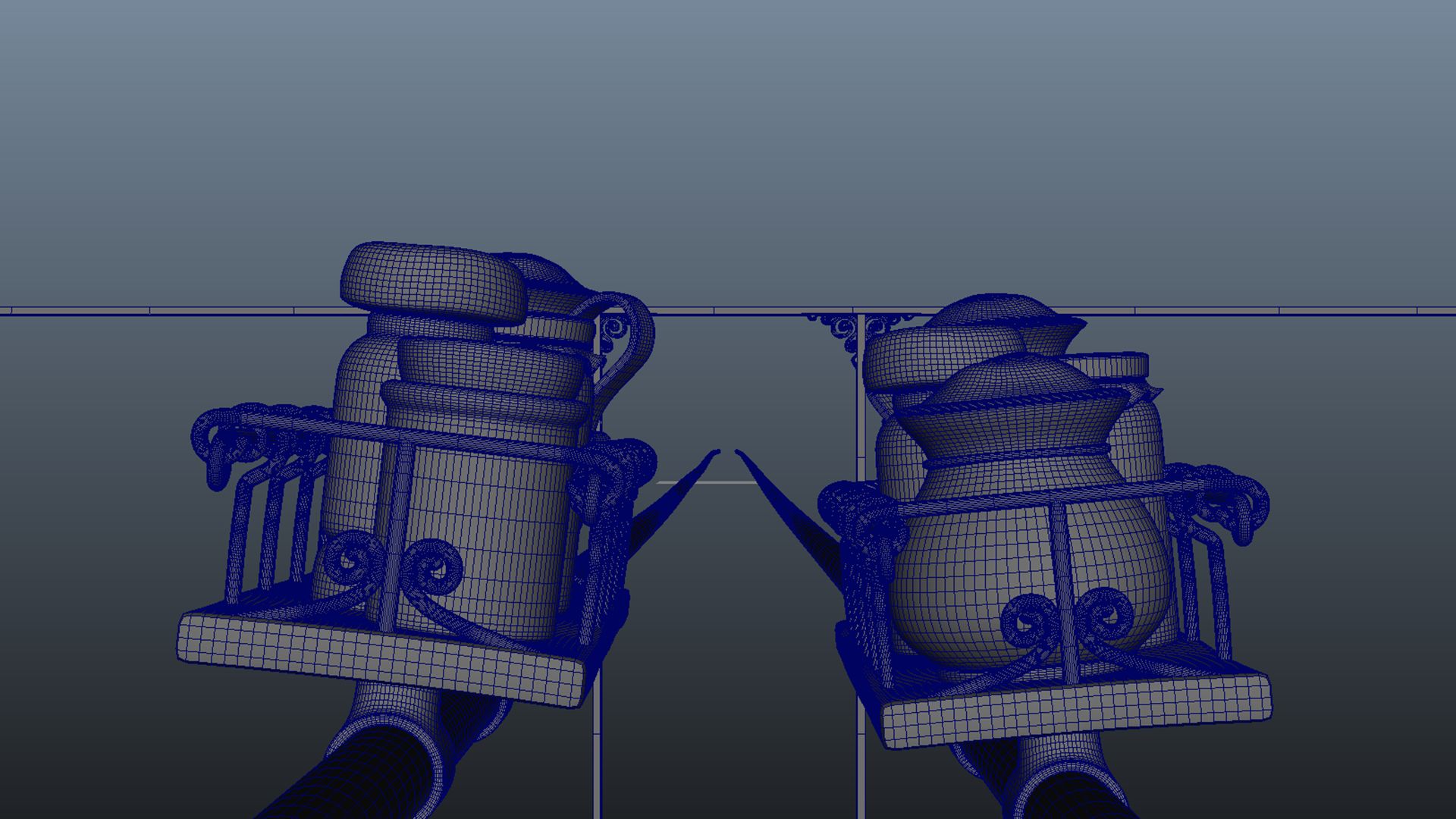 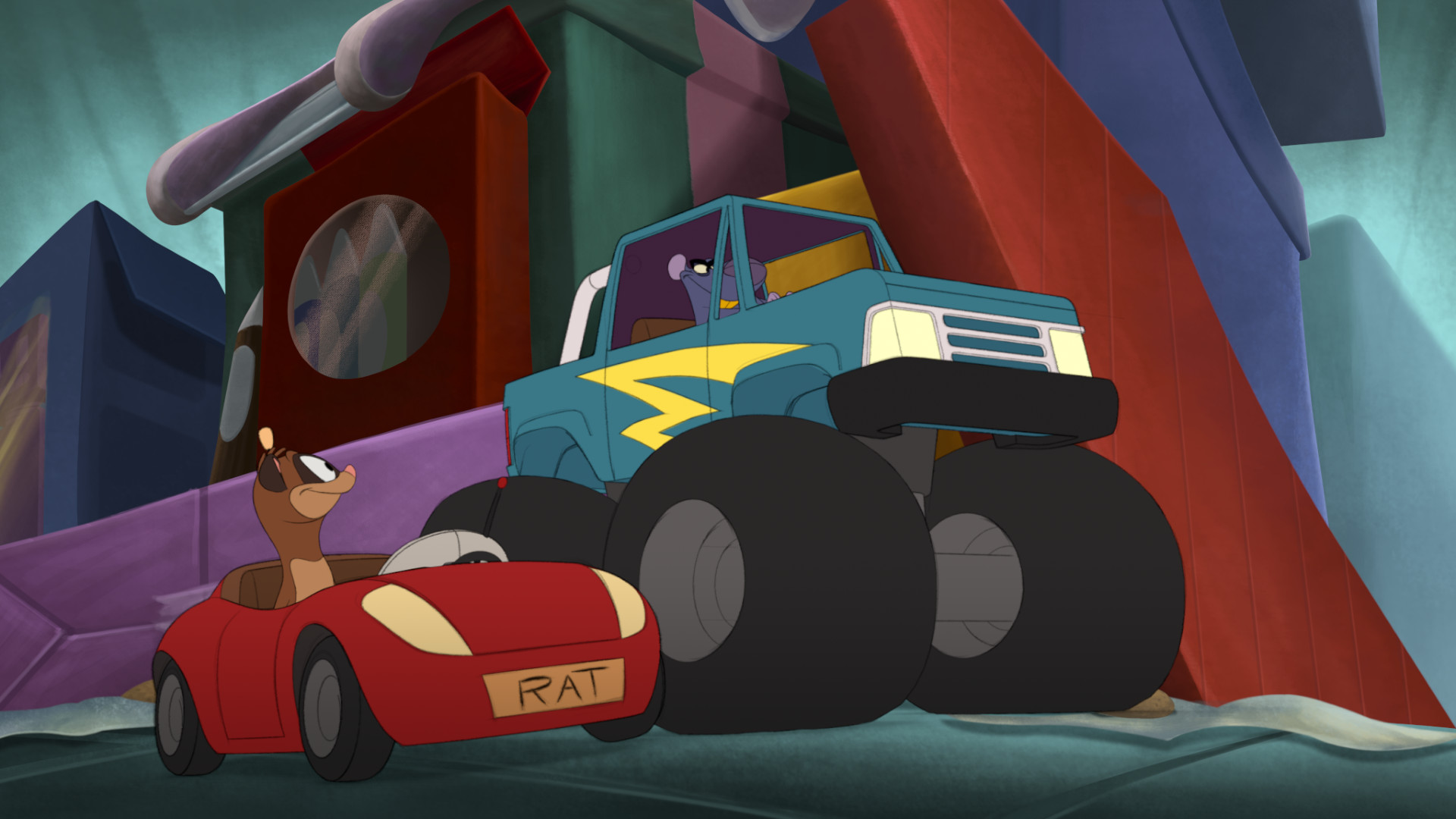 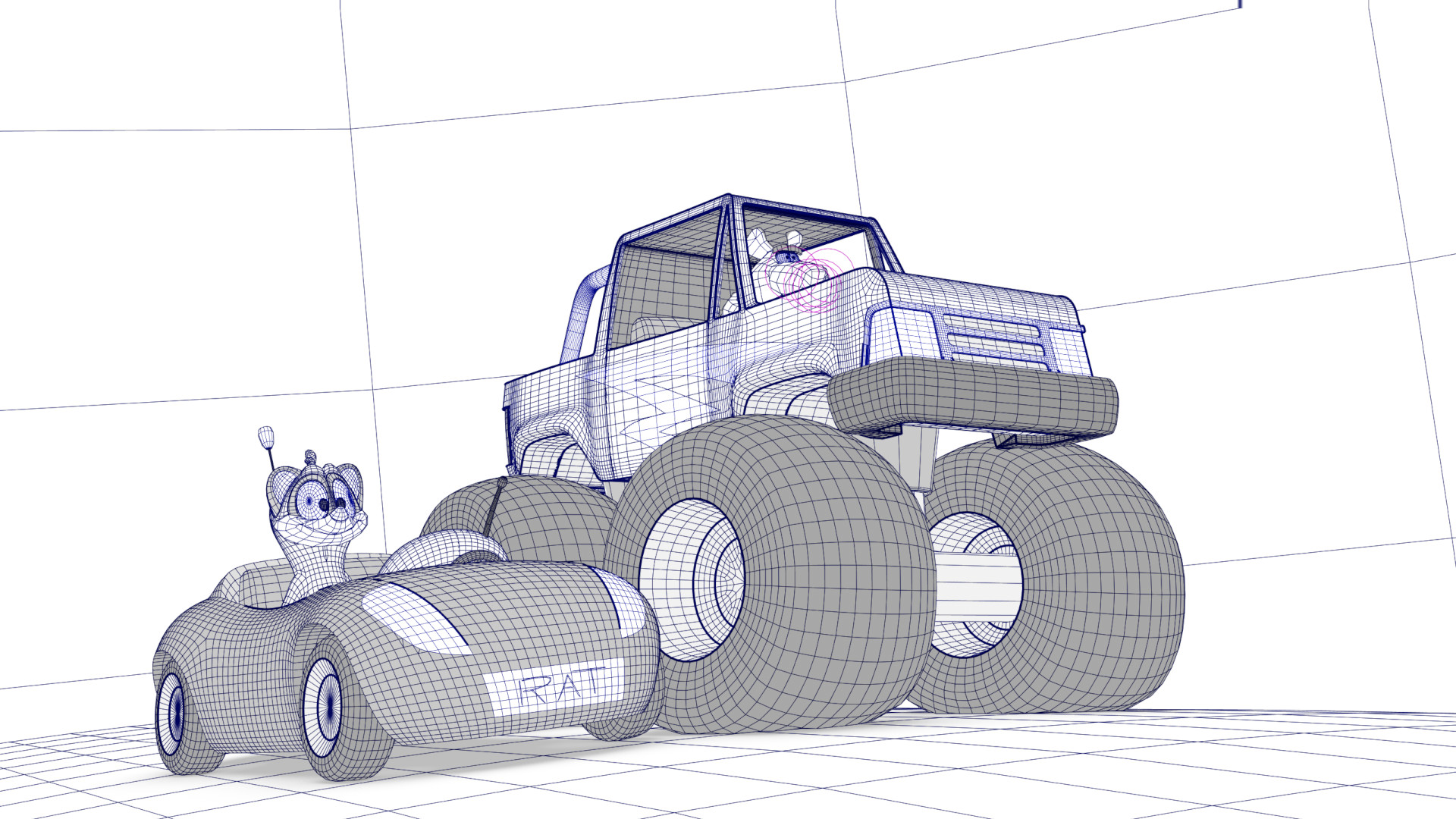